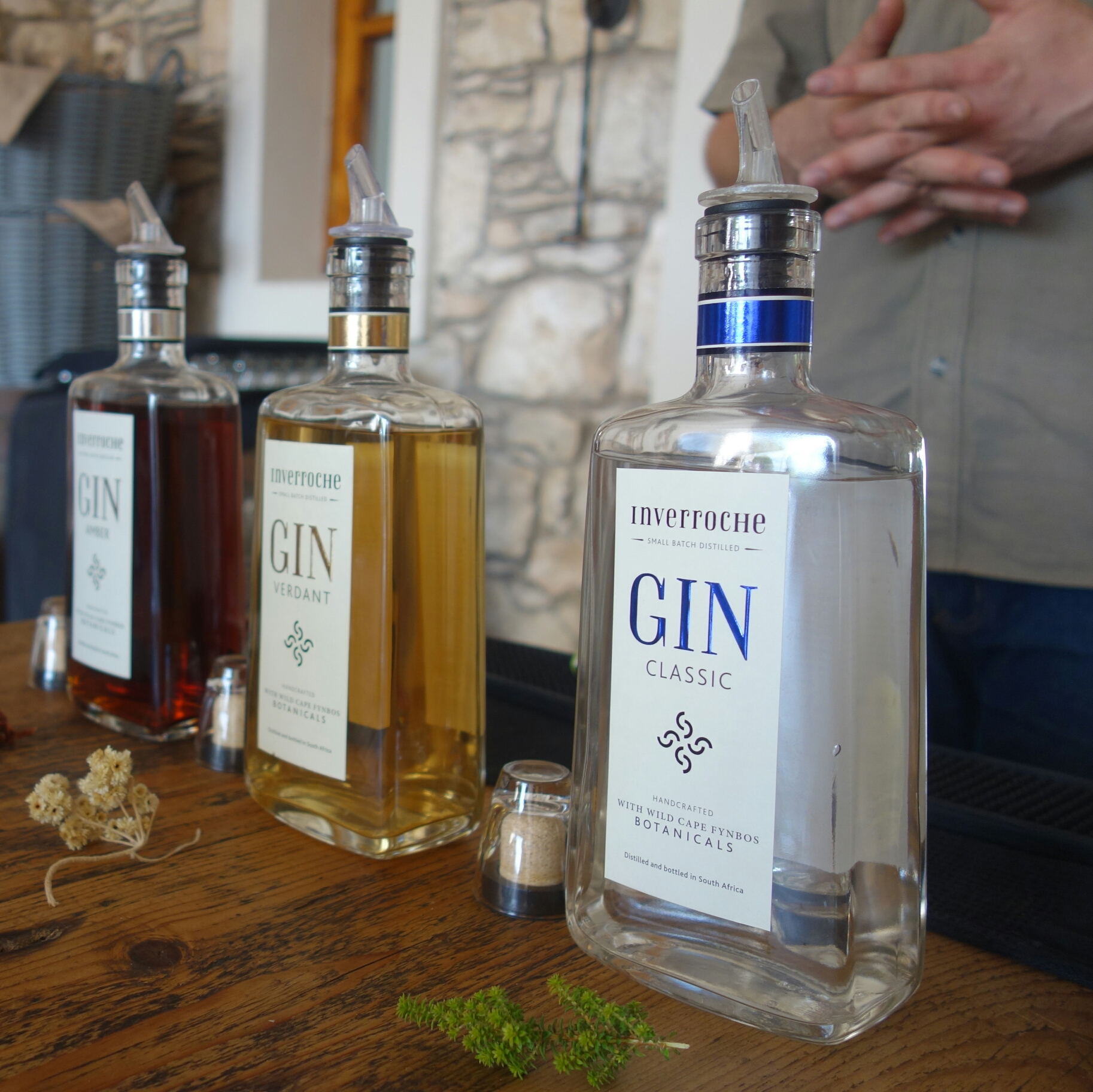 The independent drinks industry in South Africa is getting bigger and bigger. Across the country, craft breweries and small winemakers are becoming increasingly well-known, and their products increasingly popular. But the story these days reaches far beyond wine and beer; independent distilleries too are an integral part of the landscape. If you have the chance, you must try South African gin.

The country is home to a number of excellent gin distilleries – amongst the most famous of which are Hope, The Woodstock Gin Company and Musgrave. Another one is the Inverroche Distillery – a favourite of mine, and a place I’ve been lucky enough to visit for a tasting (read on to find out more!).

The role of South African flora

So, what is it that makes South African gin unique? All of these distilleries depend on ‘fynbos’ to help create the distinctive flavour of the Iocal gins. But let’s start from the beginning. You are probably asking yourself „What is fynbos?”. I did exactly the same, so here’s the long story short: South Africa’s stunning natural beauty owes much to the rich diversity and incredible abundance of its wildlife – flora, as well as fauna. Above all, a belt which stretches from the Western Cape to the Southern Cape is known for its immense biodiversity, boasting over 9,000 different species of plant, about 6,200 of which are unique to the region. This natural shrubland is called fynbos, which literally means „fine-leaved plants“. The species of flora found here have adapted to flourish in poor soils and in conditions with wildly varying annual rainfall. A common species of fynbos are the Roiboos, which I have talked about in a former article. Others include honeybush and aloe-plants.

Why is Inverroche so special?

From bushes, back to business. Back in 2006 – the year that Inverroche began – founder Lorna Scott and her team used about 150 different species of fynbos in the creation of their new blend. As it turns out, this choir of characters – all competing to be heard above one another – did not work out quite as harmonious as hoped. After experimenting with various different flavours, the company decided to manufacture three completely different gins. Three gins to show off the huge diversity of the Cape. In December 2011, their very first batch was sold and now they are unstoppable. 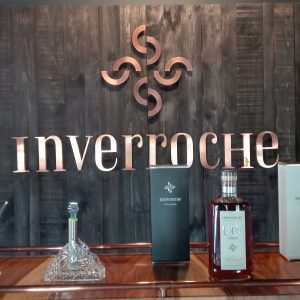 Many of the fynbos plants face a threat of extinction, largely due to the proliferation of various non-native species that have been introduced to South Africa in the past. Inverroche uses only specimens which they have planted themselves, ensuring that production is sustainable. During the distillation process, they use the leafy parts of the plants holding oily parts which transfers the flavour in the end.  While experimenting, the company found that some of the plants were too fragile to be placed in the distiller. As a consequence, they began to use certain plants to infuse the already distilled liquid; steeping the plants in the barrels of gin for some time. This infusion process is what gives Inverroche’s product range much of its flavour, and also its colour.

After that, the gin is filtered, bottled by hand, corked, checked for impurities and labelled, also by hand. Each and every bottle is handled 17 times before it eventually gets sold. And the entire process is managed by as few as seven employees. When Lorna Scott first started the company, they were able to produce 100 bottles per month. Ten years on, and monthly production levels have soared to 13,000. Quite a rise, I’m sure you’ll agree!

I had never been to a pure gin tasting before, and so did not know what to expect upon my arrival at Inverroche. But sure enough, what I did not expect was such an incredibly fascinating and altogether unique experience.

Victor, our guide, allowed us to try each gin in three different ways:

Good to know when tasting Gin

Nose: Smell at least twice. First, you just get alcohol. It’s only the second time that you can really appreciate the depth and diversity of flavours.

Mouth: Take a small sip and roll it around your tongue. When you find it’s too strong, open your mouth, breathe out and hold it for just a moment longer. Now swallow and open your mouth once again, allowing the taste to come from the back of your throat.

Why taste with a citrus zest: Adding a zest will give more clarity to the basic flavours of the gin. The acidity is broken down. The sweeter the zest, the more spicy the taste of the gin will be. Tip: use only the zest of a lemon, lime, grapefruit or orange.

The three varieties at Inverroche: The Classic, The Vendant & The Amber

Palate: Citrus, above all grapefruit, cinnamon, a burst of juniper on the mid-tongue and a short snap of liquorice. You are left with a taste of with rosewater in the back of the mouth.

With grapefruit zest: In this case, we used a bitter grapefruit in order to intensify the flavours of rosewater and juniper within the gin. As a result the gin was far more refreshing.

With tonic water: The tannins in tonic water boost the character of gin’s predominant flavour – juniper berries. The mixture of Inverroche Classic and tonic water illustrates this rule beautifully.

Palate: Honey, fig and lemon oil tingling on the cheeks. The flavours of liquorice, caramel and nut bursting on the tongue. Again, we have a very refreshing finish of rosewater.

With lemon zest: With the greater acidity of a lemon, the flavours of cloth and liquorice are enhanced, and become the main two flavours of the gin.

With tonic water: The Vendant changes dramatically with tonic water. It becomes far fruitier, as the flavour of lemon oil is accentuated. We are left with a perfumy grapefruit finish.

Nose: Without doubt, the most addictive smell of all three. A burst of honey, oak, hazelnut and orange. A backbone of all spice, ginger, nutmeg and cloth.

Palate: The rich spiciness continues. The spices are complimented by the flavours of honey, deep cologne and dry fruit. Juniper aftertaste. It reminds me of a good Cognac or Brandy.

With orange zest: We used a sweet orange to take the fire off the palate and yet simultaneously heighten the flavour of the spices. The sugar content of the orange gives a more even flavour to the gin.

With tonic water: First, with The Amber it’s important to use less tonic. We don’t want the tonic to overpower the subtleties within the gin. The Inverroche Team would also suggest trying The Amber with ginger ale or ginger beer. Ginger will place further emphasis on the spiciness of the product. The team’s favourite though is, and will always be, rare spice tonic.

Give it a try in Austria

In South Africa, all three variations can be found in every bar. In Vienna, you can try the Gin Amber in „Das Torberg” on Strozzigasse. Go for it. Maybe ask for The Classic and The Vendant as well – it’s worth a shot! Otherwise, keep your eyes open for other products from South Africa. They are always good for a surprise.